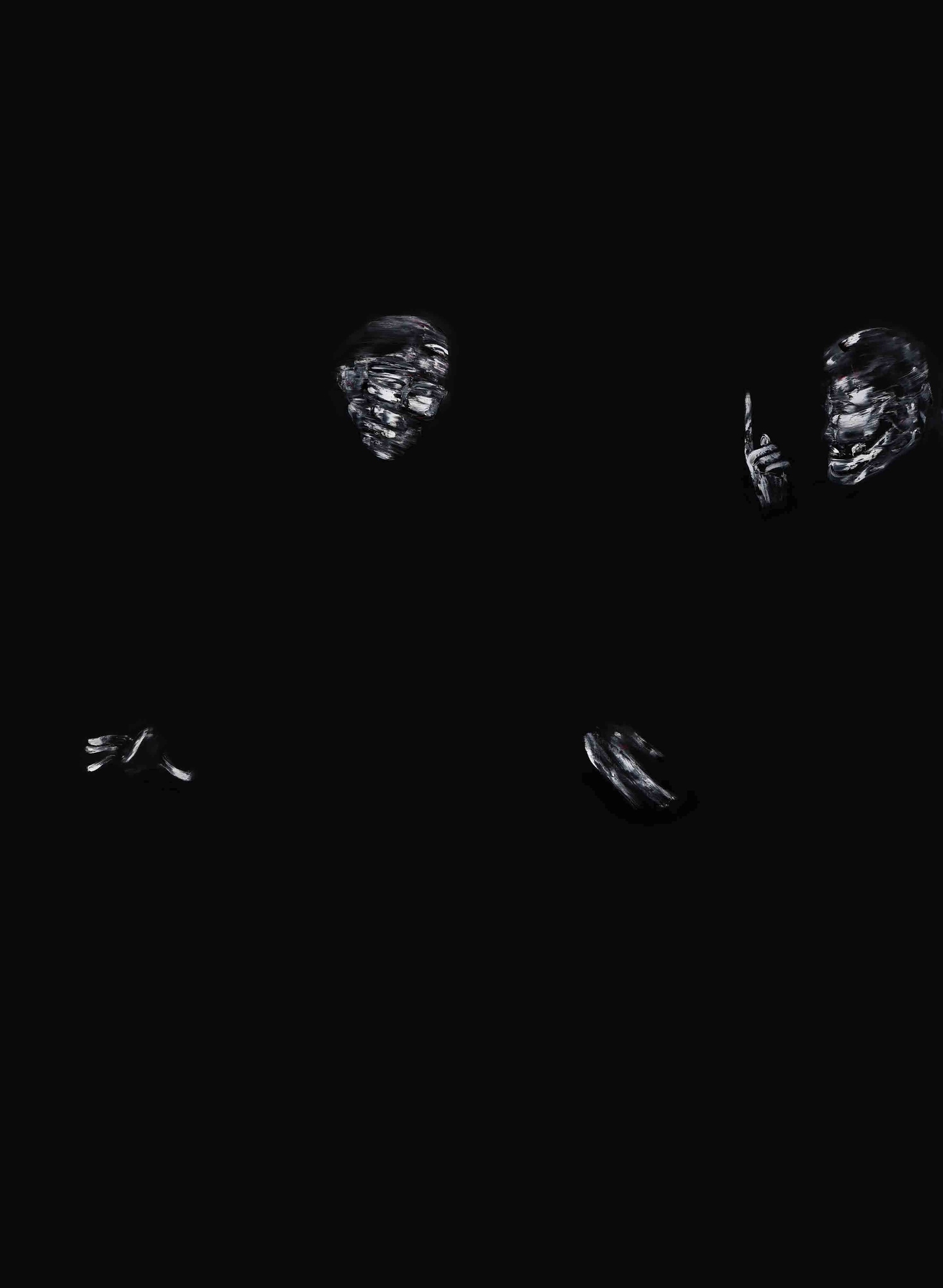 The painting project Il grande sacrificio (The Great Sacrifice) by Lorenzo Puglisi, born in 1971, has its roots in the drama of the Armenian genocide, underlining the inconceivable timeliness of the clouding of conscience that led and still leads to the brutality of man on man. The artist is the author of a pictorial research dominated by the essentiality of the representation where deep black brushstrokes become the background of an absolute darkness from which streams of light emerge that create and outline human shapes and figures. His involvement in the tragedy of the Armenian genocide began in 2015 when he was invited to exhibit one of his works at a commemorative exhibition held in Paris. Thus began his path of analysis of the characteristic that, in his experience, is the root and cause of hatred and of all its most extreme consequences: the lack of awareness. Puglisi's work offers us the gaze, fixed and silent, of a man who is instead aware of what is happening and what he is experiencing.

Nozio
Booking the hotel directly with no extra middleman costs: this is the right choice for economically sustainable, good value, authentic and high-quality tourism. Nozio has selected this hotel because it offers you: · a high-quality Official Website where you can book at good rates due to no extra middleman costs; · great value for money confirmed by the real opinions of guests registered to the Nozio Community.